Digital Flirting and Online Dating Among Youth and Young Adults 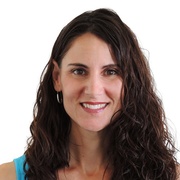 “I send an emoji first. Yeah, I send the heart eyes. Who knows what will happen after that?”

Digital communication has disrupted the ways we socialize, communicate, and—let’s face it—how we function. Gone are the days where a check-in with a friend was a knock at the door or a telephone call. It’s now likely a quick text or a thumbs-up “like” on a social media post.

Think about how we learn a new skill, or decide how to drive across town during rush hour. No shame, but has your morning question ever been, “Alexa, what is the weather forecast today?” Information is constantly at our fingertips and has reshaped how we function. A recent survey by Common Sense Media reports that four out of five teenagers with mobile devices keep them in their rooms overnight, with nearly a third sleeping with their devices. 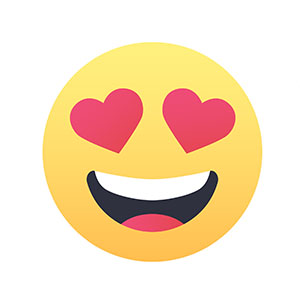 This new way of communicating has also contributed to how we meet, flirt, and date people to whom we are attracted. Ask any single person 18 or over in the U.S. today, and there’s a high probability they will inform you that they are on two or more online dating sites.

Youth in particular are turning to online spaces to build community and explore sexual relationships, particularly in regions where access to peers is limited. In a desire to learn more about how digital communication has affected relationships among young people, the YTH Initiative administered TECHsex, a national mixed-methods study exploring the relationships between technology, youth, and sexual reproductive health and rights. The TECHsex study identified themes of online dating and digital flirting among youth. It concluded that online spaces often serve as primary avenues to begin romantic relationships and foster sexual identities. That means they also offer opportunities for health interventions.

What Is Digital Flirting?

“Um okay so, flirting has gone from a simple poke on Facebook to like a blow-up of your DM [direct messages] and Instagram. Like, it has dramatically changed but at the same time I don’t understand it all…”

Digital flirting often takes the form of comments, heart-shaped or innuendo emojis (i.e. the eggplant or water squirt emoji), or liking someone’s photos on social media. It can also occur in more private areas online, such as direct messaging, and does not exclude sharing real-life photos (clothed or not). There are also unwritten rules to digital flirting, like a late-night text, which can insinuate a “booty call” or sexual invitation. 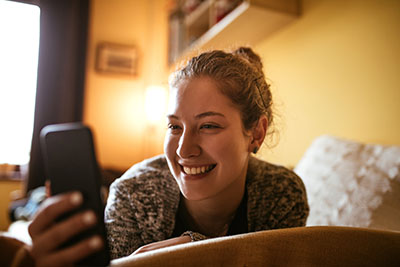 For many youth, romantic relationships are a central part of social life. The internet has emerged as a space where flirting and relationship-building occurs. Although the majority of youth under 18 from the TechSex study did not report using online dating websites (most sites technically do not allow users under 18), social media is another space where online flirting occurs among all ages in our study. More than one in three respondents said that they used social media to flirt with others. Among the online habits of youth, young women were most likely to send messages to flirt with someone, while young men were likely to like someone’s photos. Transgender-spectrum youth reported that they were most likely to follow or friend someone.

“Yeah, the more you talk to them online the more like you gonna get their information like their Facebook, their Snapchat. And y’all start talking. Then y’all will be hooking up, who knows.”

What Are the Advantages?

“So if you wanna find somebody without online dating you have to like go and actually find them. With online dating, you can like search everywhere.”

Access and connection are key factors to digital flirting and online dating. Use of social media and online or mobile platforms for dating have offered access to people and ways to communicate that bypass traditional barriers. For instance, two 13-year-olds would not be likely to meet up in-person at midnight on a school-night, but they can quickly like/chat/text at all hours of the night to share their interest in one another. Further, community and relationship-building for people, particularly those who live in rural areas, has become immediate through today’s digital platforms, whereas the traditional way of waiting for a snail mail letter could take several days.

Because digital flirting happens over social media and behind a screen, it allows youth to more confidently approach someone, perhaps with a single emoji, or by liking a few of their photos at once to get their attention.

“My best friend found his future husband online, on Jack’d [a dating app]. I was like, aww! That’s like so cute. But it’s just like, you see, there’s a negative and a positive. Both sides to these dating sites. They can be bad and they can be good, but at the end of the day you know, you gotta explore.”

Are there challenges? Absolutely. In fact, some of our findings identified the two-edged sword that youth found between the perks and the challenges or concerns with online dating. We have all heard them, and they are not to be dismissed: catfishing (luring someone into a relationship using a fictional online persona), social media addiction, sexting—the list goes on. But the simple truth is that digital communication is how young people connect today.

As advocates on behalf of youth, let’s keep this in mind as an opportunity to engage with young people around sexual health and prevention topics. Learn more about digital flirting and online dating among adolescents by checking out our recent article, “Google for Sexual Relationships: Mixed-Methods Study on Digital Flirting and Online Dating Among Adolescent Youth and Young Adults,” in the Journal of Medical and Internet Research (JMIR): Public Health and Surveillance.

Cara Silva, MPH, is Director of Programs at ETR’s YTH Initiative. She has extensive experience in field epidemiology and program management, and has led YTH programs addressing digital innovation, youth alliances, technical and mobile development and youth-centered health design. She can be reached at cara.silva@etr.org.