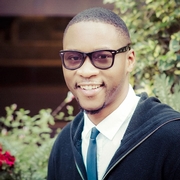 As we gear up for National Gay Men's HIV/AIDS Awareness Day, I have message for you from my gay brothers. That’s right. Not to them, but from us to you. We need your help! Yes, you!

For the last 30+ years, HIV has been instrumental in drawing attention to the experiences of gay men in the United States. This has been a double edge sword. On one hand, never before has a disease so powerfully facilitated visibility of a group that had mostly existed on the periphery of society. On the other hand, HIV has perpetuated some of the most stigma-bound, divisive ideas about who gay men are, or even who gay men can be.

For those of you committed to the wellness of people (e.g., you doctors, scientists, heath care providers, educators, social workers, religious officials or concerned community members), this message is for you. It is an invitation to consider three areas where you can help shift the cultural barriers to equitable health for gay men.

We all recognize there’s a difference between privacy and secrecy, although sometimes exactly what this is can be a fine line. Things we generally keep private include social security numbers, annual income and cellphone numbers. Things we are trained socially to keep secret include a history of sexual abuse, criminal histories, and HIV status.

Both secrecy and privacy are often motivated by perceived fear; however, from what I’ve experienced, those things I have chosen to keep private are things I’m responsible for managing as an active participant in a larger society. However, those things I have opted to keep secret are my shame-based behaviors and histories. I believe these will somehow create inequity, heighten judgment and ultimately place me at some kind of disadvantage.

It is imperative that we get clear on the difference between privacy, which is information we share with others who “need to know,” and secrecy, which is information that may be withheld even from those who do need to know. All gay men have seen their sexual behaviors demonized and judged. It becomes challenging to navigate equitable health when things that should be private instead become secret. This keeps gay men from being able to disclose critical elements of their lives and experiences—elements that could potentially save their lives.

We must collectively model privacy, and discourage secrecy that places our lives at risk. We do that by unpacking stigma and embracing difference.

It is no secret that the landscape of HIV prevention has changed! It is an exciting time—we have more tools in our toolbox for preventing HIV than ever before. One of the newest tools is pre-exposure prophylaxis, or PrEP. PrEP is a medication for individuals who have behaviors that place them at very high risk for HIV. Taking PrEP consistently will significantly lower their chances of acquiring an HIV infection.

Some of the early reactions to PrEP were fear-based. Many people believed that this pill would encourage “promiscuity” among gay men. This fear helped me better understand the complexity of HIV as social health issue. HIV is a social health disease as well as a sexual health disease. The way HIV is contracted, the perpetuation of ignorance and fear around the disease, and the difficulty in getting hard-to-reach populations tested for HIV and into services, demonstrate the social elements which have become as much a part of the solution as the prevention tools.

Instead of focusing on the fear of “promiscuity” (which is a judgment-based perception), we can instead choose to think of PrEP as a pause button. We pause until we are able to strategically and collectively address the social aspects that allow HIV to exist. PrEP offers us a moment to figure out that strategy without having to watch the epidemic grow.

This means our work as a community of caring individuals is not about just waiting for the brilliant minds of science to develop HIV cures or new prevention-based technologies. It’s about shifting the cultural paradigms that facilitate HIV infection among our most vulnerable communities. We can make this shift in our everyday conversations by committing ourselves to being bold—bold enough to challenge misinformation, call out the systems that perpetuate medical mistrust, and address the language that isolates gay men and people who engage in drug use. Bold enough to give up a focus on being “right,” and instead set the lens on being well with our fellow community members.

Life is not as simple as good and bad. Everyone is different. It’s not about deciding if something is “good” or “bad”—because that does not really mean anything. Instead, we must each decide whether our choices are working for or against our own best interests. We must allow everyone the right and the emotional space to figure that out for themselves.

Television and media are wonderful mechanisms for visibility and education. However, when the images we see of minority groups are the same across different programming, that’s an indication that a stereotype is being perpetuated. The danger in this is that once we think we know someone, we are less inclined to do the work to learn more.

One of my early struggles in navigating my own primary health care is that the moment I told physicians I was a gay man, the focus became exclusively about my HIV sexual health. Having this experience repeatedly had some benefits. It facilitated my own emphasis on sexual health in my life and my work. Unfortunately, it also led to a neglect for all of the other aspects of my health.

I mean, sure, I found a means to avoid HIV infection. But how much value does that accomplishment have if I am totally neglecting mental health, diet, my cancer risk and so on. What good is it to be alive if I feel socially isolated, depressed and a disruption in my desire to truly live?

We absolutely have our work to do. There is no one who is not somehow impacted by HIV, either directly or indirectly. Everyone deserves access to health care. Everyone deserves the space to be able to explore pleasure and consequence free of cultural perspectives that promote shame and fear. We are the culture, therefore only we can change it.

So, my brothers and sisters committed to wellness. I invite you to join me in shifting from secrecy to privacy. Let’s move from the general application of “good” and “bad” to an individualized analysis that something is either working for or against us. Lastly, I Invite you grow through your curiosity, using respect and open-mindedness as tools of that trade. The best way we can support gay men for National Gay Men’s HIV/AIDS Awareness Day, whoever we are, is to find the part of ourselves that exists inside of gay men. Let’s garner the empathy to prioritize these much-needed shifts that can benefit us all.

Every journey starts with a single step, and these are steps we can take together.

Michael Everett, MHS, is a Project Coordinator and HIV/Sexual Health Trainer working with ETR’s Community Impact Solutions Program. He is also CEO at Intimacy & Colour, LLC. He can be reached at michael.everett@etr.org.