Inspiration is powerful. From the time I was a teen, inspiring people have come into my life at just the right moments. They’ve given me encouragement to move forward, to grow and to give back, exactly when I was ready to do so.

Today, because of those experiences, I’m working with the California Clean Air Project (CCAP).

A Drop in The Bucket: Mentoring Young African-American Men 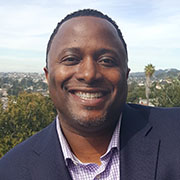 This past September I was faced with a sobering reality. I had to witness my father’s passing and subsequently oversee his homegoing. Although the process was earnest in nature, I was emotionally detached. It is hard to feel attached to someone who was never really in your life.

This level of detachment isn’t foreign for many young men who’ve grown up in similar circumstances. However, since my father’s death, I’ve reflected on my own growth into adulthood and the opportunities that his absence ironically created for me.

As a high school student growing up amid the crack epidemic of the 1980’s, I vividly remember being told by one particular teacher that I wouldn’t amount to much of anything. In fact, he went on to say that in the next five years, I would more than likely end up like several of my classmates, dead or incarcerated. “You are just another drop in the bucket,” he told me.

Because of my single-parent upbringing, I was eligible for several intervention programs geared towards helping young men be diverted from the streets and guided towards a college track. During that time, I came across two men, Blas Guerrero and Anthony (I can’t remember his last name). They changed my life’s trajectory.

Anthony was an undergraduate at the University of California at Berkeley. He was from West Oakland and attended my rival high school. Just a few years my senior, Anthony was living proof that I, too, could attend a prestigious school like UC Berkeley. He could relate to my Oakland experience. He shared with me how he navigated the world. I could see myself in Anthony. 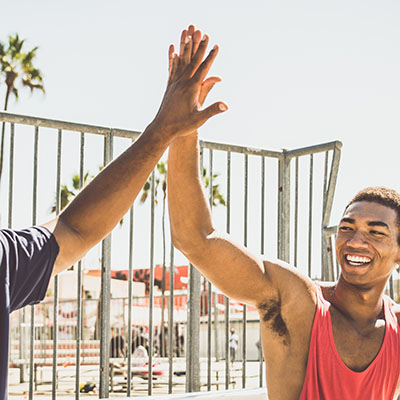 Blas was in his late 20’s or early 30’s. He was the coolest esé I had ever met. He pushed me to participate academically through programs such as Achievement in Science, Engineering and Technology (a program Blas created as part of his work on his dissertation); Math, Engineering, Science, Achievement (MESA); and Upward Bound.

Blas held me accountable when I was off track by having conversations in a manner that was real yet loving. He aligned himself with my family. Together, they guided me towards my goal of attending UC Berkeley like Anthony had. Blas would often tell me that although we were from different ethnic groups, we were similar, and it was his duty to pull young men out of the same place he had once been.

Becoming a Mentor Myself

Today, I am seasoned in life. As I reflect now on those two relationships, I realize that we were all drops in the bucket. If left alone, we each would have evaporated into nothingness. Instead, together, we were able to provide one another refreshment and nourishment—what we needed to sustain our lives.

Because of my experience, I committed part of my life’s effort to mentoring young men. Over the past 13 years, I’ve been able to impact the lives of young men through the Omega Gents Youth Mentoring Program, operated by Sigma Iota Chapter, a local unincorporated affiliated chapter of my fraternity, Omega Psi Phi Fraternity, Inc.

The Omega Gents Program came into existence after I read an Oakland Tribune article that said the only role models for African-American boys in Oakland were pimps and drug dealers. Again, the thought of “drops in a bucket” came to mind. I couldn’t stand in good conscience and allow this narrative to exist for other young men. I needed to do something.

I convened a small group of Sigma Iota chapter members. Together, we designed the Omega Gents Program. It is a club-oriented mentoring program designed around the fraternity's Cardinal Principles (Manhood, Scholarship, Perseverance and Uplift). It seeks to teach and encourage high school African-American males to positively define, plan, pursue and achieve their future.

The development of Omega Gents is monitored by mentors who also maintain regular communication with parents/guardians.

How Is the Program Working?

Over the past two years, ETR has partnered with Sigma Iota to expand the existing Healthy Relationships component of the Omega Gents curriculum. During this time, members of ETR’s team conducted a series of focus groups to inform content development. They convened advisory groups, piloted new lessons and drafted new materials. Additionally, the team has trained Gents on the expanded content and coordinated with Omega Psi Phi Fraternity Inc., Twelfth District, to deliver the lessons to groups of young people attending a youth leadership conference held during the District’s 73rd Annual meeting this past May in Long Beach, CA.

We have piloted the lessons and are actively looking for resources to evaluate the program as a whole. Informally, I believe wholeheartedly that our intervention is making a difference.

To date, the Omega Gents program has seen 42 young men matriculate through the program in pursuit of college. Three have become members of the fraternity and most have built positive long-lasting relationships with all who have participated in the program. More drops in the bucket who would have evaporated if it weren’t for the collective effort to create something more than a bucket. In fact, it can be likened to a “stream” of positive men who have broken the cycle of what others prescribed for them.

I believe it’s up to us—those who “escaped” the bucket—to step forward and create positive options for young people who might otherwise be lost to our communities. I am grateful I was given the opportunity to disprove my high school teacher’s predictions. This is a moment in my personal life when I am reflecting greatly on purpose and meaning. I feel fortunate that I have been able to reach out to young men today and offer them similar opportunities.

James Walker is a Project Specialist at ETR, where he is a subject matter expert, content developer and technical assistance provider for the About Us Pilot Intervention. He is also a national consultant supporting community-based organizations, state and local entities in work related to positive youth development, HIV/STI prevention, training and program development. He can be reached at jamesw@diogenes.biz.