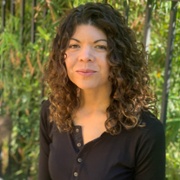 Each November is recognized as Native American Heritage Month in the United States, marking a time to celebrate the rich cultures and diverse people descended from the original inhabitants of these lands. Native stories and contributions are plentiful, but they are often omitted or modified to fit a more acceptable narrative.

Native people are inseparable from our nation's past, present, and future, and their exclusion is our collective loss. This month, and every month, provides an opportunity to learn and understand the impacts of misrepresentation and erasure.

Many children learn about Indigenous people as sports mascots or from inaccurate and oversimplified portrayals in television shows and movies. These portrayals permeate our culture and either romanticize the wise and stoic Native or demean the uncivilized savage. Other lessons come from Thanksgiving which, not coincidentally, overlaps with Native American Heritage Month.

The Thanksgiving holiday is synonymous with gratitude, family, and delicious food—but unfortunately, it is also used to perpetuate harmful stereotypes and false narratives about Native people. They appear complicit in their own demise as fictionalized characters attending a peaceful feast in the distant past, and any unpleasantries that followed are erased in dominant storytelling. Our minds are fed these messages from the day we are born, and we have internalized them at an incredibly early age. For many people, Natives do not exist in any other context because they are rarely seen, heard, or honored. Negative ideas remain fixed and unchallenged, and this is especially damaging for Native youth.

From Day One: Early Narratives and Harmful Messages

I grew up attending public schools in a small rural town, and I was frequently asked where I came from.  I was aware that I did not fit in, even though I was living on the same land my ancestors had inhabited for countless generations. At my first grade Thanksgiving party, we had the option to dress as a pilgrim or an Indian as we created costumes out of colored construction paper.

Every girl wanted to be a pilgrim and immediately jumped into crafting their pretty paper bonnets. The boys wanted to be Indians and quickly fell into “character” by aggressively fighting each other and causing mayhem. I wanted to join the other girls, so I started making a pilgrim’s bonnet. Doing so garnered a lot of attention, and I was then redirected to be an Indian. I reluctantly worked on my project alone, but I longed to be something else. Without a doubt, by first grade, we all understood the low-value society placed on Native people.

The impacts of such experiences are dire. Native American students have the lowest academic achievement rates of any racial group in the United States. They feel disconnected from a system that ignores and devalues them. They are invisible or barely mentioned in the curriculum, and this lack of cultural relevance contributes to the achievement gap.

Students learn about the people and events society has deemed important, but contemporary Tribal achievement is seldom mentioned in any school’s curriculum and it is rare to hear about it from the mainstream media. Omission sends the clear message that Native people do not matter.

A Commitment For Native American Heritage Month and Beyond

Non-Native and Native people alike can advocate for visibility and truth, and as more conversations turn to diversity, equity, and inclusion, they must include Native stories and voices. Native American Heritage Month and the Thanksgiving season can provide an opportunity to learn about Native people, reflect upon our collective history, engage in meaningful conversations, and ensure accurate representation for all people.

I am grateful to be part of Tribal Projects at ETR. Tribal-serving organizations ensure access to beneficial programs and services that promote equity and better health outcomes for populations that have been historically underserved. Our burgeoning team is small, but we have benefitted from the support of the extended ETR community as we gain footing and build capacity. I am grateful we are here to represent and serve our communities, but also to represent ourselves as unique and dynamic individuals that matter.

Ravena Soto (she/her/hers) is the Project Coordinator for ETR’s Tribal Community Coordinating Center. She is from northern California and a member of the Enterprise Rancheria Maidu Tribe. Ravena lives in the Los Angeles area and works to support California Tribal communities and Tribal-serving organizations in pursuit of more positive health outcomes. Ravena can be reached at ravena.soto@etr.org