Black History Month at ETR: A Note from Our Chief People & Culture Officer 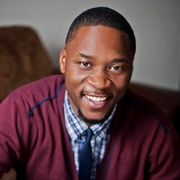 Happy Black History Month (BHM) from ETR! Formally, this annual celebration started as Black History Week and was pioneered by Carter G. Woodson (1875-1950). A Black Virginian sharecropper turned international educator, Woodson would not have his dream fully embraced until 25 years after his death. By 1975, every US president starting with Gerald Ford would officially recognize Black History as an opportunity to celebrate a neglected part of American History. In addition, the celebration highlights the essential role of Black Americans in building the United States from its colonial beginning.

As a result, today many nations actively recognize and celebrate the rich but neglected contributions of Black History within other nations throughout the world. Some people struggle with the idea that Black History needs to be recognized separately from American History, a notion that may stem from a desire for racial inclusion and a lack of understanding of systemic racism. But the reality is that blackness in predominantly white nations, institutions, and spaces is a risk factor for Black people.

Some of these risks within the work culture include:

People often navigate these risks in isolation, which can reinforce a sense of worthlessness, a self-doubt about mattering.  Black Lives Matter is a testament that the Black experience matters because the human experience matters. The desire to cultivate mattering can start off as a performative action. However, the more our communities see Black people as people, and the more we do our individual work to challenge bias, prejudice, and racism, the more mattering will feel like the way equity is often defined … everyone getting what they need.

Living Our Values at ETR

Here at ETR, we have been on our own transformational journey to align our values and practices, in part to intentionally and strategically combat anti-blackness. We honor Black History Month by upholding the vision that Carter G. Woodson had so many years ago to create visibility that acknowledges the contributions of Black people.  In just a few years, ETR has increased the representation of Black people throughout its organization, particularly in our administrative and leadership spaces. Growing our diversity is just a part of our commitment as we are taking the necessary steps to have health equity be a lived value that starts at our ETR home.

One of the ways our efforts have manifested change is the support structure that Black ETRians have developed to navigate the complexities of modern living and working while Black. This is affectionately referred to as BETR (Black @ ETR). In part a tribute to the progress ETR has made regarding its Black representation, BETR also reminds us of the shoulders we continue to stand on. Black ETRians take a firm unapologetic stance that Black pride can and should be celebrated in all its forms. BETR is about visibility because Black lives still matter. Often, in addressing issues specific to Black people, we forget to provide a space where Black people can determine their needs, establish an identity, and have access to the resources they need to thrive beyond the weight of bias, racism, and prejudices. If Black lives are going to matter then:

Michael Everett (He/Him They/Them) is the Chief of People & Culture at ETR. A proud father, Michael holds a master’s in human services and doctorate in education and has served in various capacities from consultant to a Senior Research Associate within ETR, and is currently invested in successfully supporting an agency culture that promotes wellness/wholeness, facilitates empowerment, and allows our staff to leave our organization better than they came in all the ways that we can professionally. Michael can be reached at Michael.Everett@etr.org.