Disrupt Your Thinking: It's Good for Sexual Health Education

The Kirby Summit has disrupted the ways I think about sex education. I hope it’s going to disrupt your thinking, too. ETR’s invitational Summit assembled some of the nation’s best-known developmental neuroscientists, along with similarly respected sexual and reproductive health specialists. The things we’ve learned by bringing our disciplines together are altering the ways all of us are conceptualizing sex education.

Read More about Disrupt Your Thinking: It's Good for Sexual Health Education 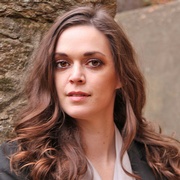 In 2018, we presented some of the findings of this research at the American Public Health Association annual meetings (see box). As a researcher involved in this project, I was excited about gathering  information on adolescent sexual health practices. However, I am an educator too. For me, it was equally important to think about how I could use these data to inform the way I teach teens about condom use.

Condom error in high school students: Understanding where we fail

In this study, we discovered that condom breakage and slippage were fairly common among students who reported recent sexual activity (that is, within the previous three months). At baseline, 25% of 1,596 ninth and tenth graders surveyed reported ever having vaginal sex. About 6 in 10 of these reported having had sex in the previous three months. Among these currently active students, about 1 in 4 reported experiencing condom breakage. Similarly, about 1 in 4 reported a condom slipping off.

When we asked the students about the ways they were using condoms, 7 in 10 reported they did not squeeze the tip of the condom before putting it on. Half reported that they did not hold the base of the penis when pulling out.

These are exactly the type of errors that contribute to breakage and slippage. These findings compel us to ask, “How are we teaching condom use to youth, and could we do better at communicating all of the essential steps?”

How We Teach Condom Use

As a sexuality educator, I teach about condoms and do condom demonstrations all the time. I use The Condom Line Up Game—the one where students arrange a collection of cards displaying the steps for using a condom into the proper chronological order. Because of the findings in our research, I realized I could tweak the game to better address problems with condom breakage and slippage. 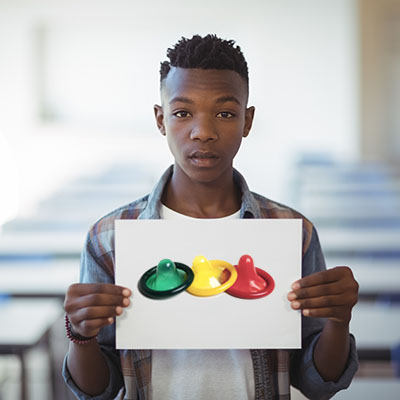 One of the step cards says, “Add lube to tip, pinch tip, put on penis and roll down.” That is all on a single card. There is something to be said for consolidating the steps to using a condom. Fewer steps will be less overwhelming and make using a condom seem less complex to a learner.

But the research we’ve done shows that this is exactly the point where students are missing steps—and that these missed steps increase the likelihood of breakage or slippage.

Now when I teach this activity, I separate those steps out as I review the card and explain why each one is crucial. It takes just a moment to explain that users need to pinch the tip so that when/if ejaculation occurs, the fluids have a place to go. I tell students that if there is air in the condom at this point, there isn’t space for the fluids and the condom could burst!

I also explain that rolling the condom all the way down to the base of the penis (clarifying that that’s the part closest to the body), and holding onto the condom at the base when pulling out, helps make sure it doesn’t slip off.

We Must Discuss Slippage and Breakage

While condoms are an effective means of contraception and STI prevention, user error decreases effectiveness. After learning about the data points in our research, I started including a brief conversation in my class about what to do if a condom does break or slip off. We know that 25% of students who reported recent sexual activity (the previous three months) experienced breakage and a similar number reported slippage. We do our students a disservice if we pretend that condoms don’t break or slip.

I want students to have some ideas about what to do if a condom breaks or slips. We talk about emergency contraception, getting tested for STIs (including HIV), and reflecting on ways to strengthen their skills at completing all the steps for proper condom use.

Data Helps Us Boost Our Impact

One of the most exciting outcomes of research on adolescent health is the ability to share findings with front line educators and practitioners. Based on the data, they can make adjustments to strengthen the positive impact of their work. I appreciate being given the opportunity to participate as a researcher in gathering data that have the potential to improve outcomes with youth.

Have you ever adapted your teaching or interventions based on study data? I’d love to hear about the research information that has been most helpful in keeping your work impactful and current.

Mia Barrett is a Research Associate at ETR as well as a sexuality educator for young adults and health care professionals. She received her Master’s in Education in Human Sexuality at Widener University. She can be reached at mia.barrett@etr.org.