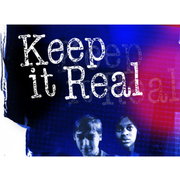 The purpose of this study is to evaluate the implementation and impact of “It’s Your Game: Keep It Real” (IYG), an evidenced-based middle school program featuring a 24-session multi-component intervention for 7th and 8th grades (12 50-minute sessions each year) in a new region. IYG’s goal is to reduce unintended pregnancy and sexually transmitted infections by delaying the initiation of sex (primary emphasis) and increasing condom use and reducing the number of sexual partners (secondary emphases). ETR serves as the independent evaluator sub-contracted by the South Carolina Campaign to Prevent Teen Pregnancy, which was awarded funding by the U.S. Office of the Assistant Secretary for Health, Office of Adolescent Health.

The project runs from October 1, 2010 to August 31, 2015. The evaluation design consists of a group-randomized controlled trial involving 24 South Carolina middle schools that were randomized to either the intervention or control arms. Students in both arms were surveyed three times about their knowledge, attitudes, skills, intentions and sexual behaviors – immediately prior to program implementation (fall of 7th grade), after the completion of program implementation (spring of 8th grade), and one year post-program (spring of 9th grade) using audio-enhanced computer assisted surveys on tablets. The study also involved collecting extensive performance measure data (fidelity, implementation logs, and attendance data) to monitor implementation quality. The current study, along with the other studies that were funded by OAH, will provide much needed evidence on the implementation and impact of evidence-based programs when they are implemented 1) more widely and/or in different communities or regions across the country, 2) under different conditions than the original studies, 3) and are evaluated by independent research teams.