Sex Education National Survey: How Does the Country Feel?

Read More about Sex Education National Survey: How Does the Country Feel? 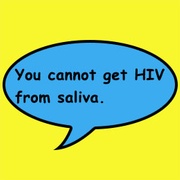 If you’re reading this post, there’s an excellent chance you’re a supporter of comprehensive sexuality education in schools. After all, you’re interacting with ETR, an organization that does education, training and research on sexual health.

But beyond that, just by virtue of being an American, chances are high that you’d like to see effective sex ed programs in schools. In July, we offered a post from Amelia Holstrom of Planned Parenthood about their survey of likely voters. Overwhelmingly, people of all political persuasions supported school-based sex ed. Americans agree that young people need to know the facts about sexual health.

Healthline recently shared a different take on Americans’ attitudes about sexual health, one that adds persuasive power to the Planned Parenthood survey. They joined up with the Sexuality Information and Education Council of the United States (SIECUS) to ask adults whether they’d received sex ed. Then they had respondents answer some pretty basic questions on sexual knowledge and health.

Get out the wah-wah trombone and a sad face. Only a third of 18-29 year olds reported receiving formal sex education in school, and that proportion was even lower with older adults. The lack of sexuality education shows. Participants had a lot of misinformation.

I wholeheartedly agree with Jennifer Driver, State Policy Director at SIECUS, quoted in the Healthline post: “We can increase sexual health knowledge for people of all ages by simply treating it like any other aspect of health. We should positively affirm that sexuality is a fundamental and normal part of being human.”

Marcia Quackenbush, MS, MFT, MCHES, is Senior Editor at ETR. She can be reached at marcia.quackenbush@etr.org.