Dr. Douglas B. Kirby was an extraordinary man. His lifetime contributions to adolescent sexual and reproductive health transformed the field, both in research and in practice. In February 2016, ETR hosted the inaugural Kirby Summit in honor of Dr. Kirby. We continued our exciting conversation at our second convening in May, 2017. 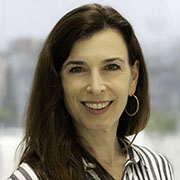 Theater has captured people’s interest for thousands of years. It takes on many forms—traditional African storytelling and drumming, shadow puppets in Indonesia, Chinese opera, simple local children’s theaters and high-production Broadway musicals. In every form, across every culture, theater has the potential to create magical moments and memorable experiences.

For almost 15 years, I had the opportunity to work with the STAR Theatre Program in New York City. STAR Theater is a unique, non-conventional theater-based educational program. It was started more than 30 years ago by Dr. Cydelle Berlin at Mt. Sinai Hospital’s Adolescent Health Center. In the early days of the HIV epidemic, the program offered an innovative approach to health and sexuality education. Today, the company continues to reach thousands of young people every year throughout New York City and the Tri-State area (New York, New Jersey and Connecticut).

What STAR Theater Does

In STAR presentations, youth actor-educators perform live drama for students. The presentation is scripted. Questions are invited from students after the performance. The actors remain in character. They engage with students in this segment, acting as peer educator role models. This is all facilitated under the guidance of a trained STAR staff member. 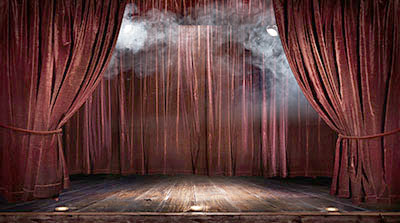 In the performances, characters offer a range of sexual health messages through their stories. For example, one character talks about her sister, a teen mom. Another likes to act older than she is. She chats online with older boys, including boys she doesn’t know. One is a rap singer who dreams of becoming an entertainment lawyer. He performs one of his raps to express his choice to remain abstinent.

Theater has always served as a bridge between entertainment and learning. Through theater, our ancestors shared stories, explained social rules, provided warnings about risks, affirmed their history and kept up with news in other communities. Around the world, programs addressing HIV have continued this tradition. We have seen plays, TV shows, movies, short-form videos, radio dramas, graphic novels and comic books (for example, here, here and here), and more.

Theater in Education vs. Drama Education

Drama education teaches about the practice of theater arts—how to stage, direct and act in a play, for example. Some educators use dramatic techniques as an educational method.

Theater in Education involves trained actor/educators who prepare presentations for schools or communities with a specific goal of changing knowledge, attitudes, behaviors (or all three).

The term “Theater in Education” refers explicitly to the intention to use theater for purposes beyond entertainment. Good theater never simply follows the plot lines of a story. It engages the audience’s intellect and emotions. This creates an ideal atmosphere for challenging pre-existing perceptions, often in more robust ways than traditional teaching methods can. Theater in Education works with these moments to change knowledge, attitudes or behaviors. 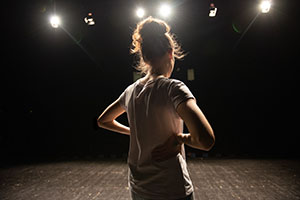 While the emotional response is essential, on its own it is not enough to change behavior. The theater presentation must also deliver messages in ways young people can understand, and offer action steps they can follow. True Theater in Education is based in educational and behavioral theory. Ideally, it also includes an evaluation component that allows program managers to see if and how the intervention is affecting both youth actor/educators and their audiences.

Like other well-grounded Theater in Education programs, STAR Theater builds on established behavioral theories. It employs Social Cognitive Theory, which looks at variables such as self-efficacy, self-control, emotional coping, and the interactions of environment, behavior and personal factors. The theory posits that young people learn by watching the behaviors of others. Children and youth are most strongly influenced by people they admire and whose opinions they value. They are also more likely to imitate those they perceive as similar to themselves.

STAR Theater also draws from the Theory of Planned Behavior, which focuses on intentions to pursue a given behavior, including perceived ability to do so.

STAR Theater uses culturally diverse young adult actors, playing the roles of middle and high school peers. This allows students to see themselves reflected both culturally and developmentally in the performance. One of the central components of the performances is transition: a character changes behavior from risky to safe, for example. This demonstrates that change is possible. It models for a young audience that youth are capable of choosing and following through on healthy behaviors. This is an empowering experience for audiences.

Putting These Ideas to Work

I wish our communities had more resources to respond to local challenges in creative ways. The work of STAR Theater and other programs using Theater in Education offers both innovation and proven success. These programs could easily be replicated. 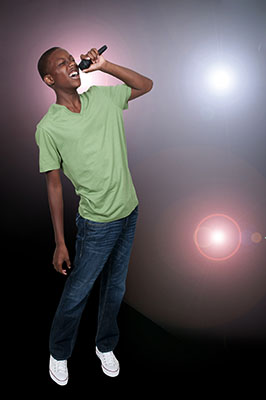 without an exemplary program like STAR Theater, you can use some of these practices in your health education classes. I recommend the United Nations Population Fund’s publication Theatre-Based Techniques for Youth Peer Education: A Training Manual as a resource.

I’ve outlined an example of an activity you might try with a health education class (see box). Keep in mind, however, that the greatest impact from Theater in Education techniques will be seen when trained facilitators guide the development of the scripts, oversee the discussions among students, and maintain momentum towards desired changes in knowledge, attitude and behavior. These trained facilitators are also prepared to intervene appropriately if a discussion or performance triggers students who may have experienced trauma.

Note for educators: Offer guidance to students on how to ask questions during the discussion segment. The goal is to gather information and build understanding, not challenge a character’s actions or choices. Students can ask about a character’s reasons for doing or saying something (“Why did you decide to try vaping?"), or ask them to think about alternative actions (“What would have happened if you’d told that girl you didn’t want to vape?”). You may want to give students sample questions as a model.

Theater in Education: Your Experience

Have you used drama as a teaching tool in your classes? Have you used a formal Theater in Education program? Have you attended a program like this geared towards adults?

I’m interested in hearing about your own experiences, and your suggestions for making these approaches work in your classrooms.

Narda Skov, MPH, is a Project Coordinator with ETR. She was the research coordinator for a federal grant at STAR Theater over the course of many years. She appreciates the suggestions of Dr. Cydelle Berlin, STAR Theater Director, in developing this post. Mrs. Skov can be reached at narda.skov@etr.org.

Note: Photos are for illustration only, and are not from STAR Theater presentations.