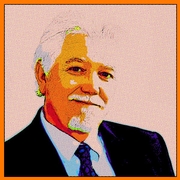 It’s that time of year again. Early spring. Budget planning. Curriculum review committees. Educators at every level taking a look at what they’ve been doing and wondering if it’s time to try something new to reach their students more effectively.

As schools and districts make their projections and plans for the 2016-17 school year, the ETR crew starts to get calls from people all over the country. (After all, we’re the leading distributor of evidence-based prevention programs, as well as the publisher of the premiere comprehensive health program HealthSmart.)

The truth is, I never know exactly what questions will come up.

If I’ve learned anything over the years I’ve represented ETR and its products, it is that every community is utterly unique. Every system has distinct assets and challenges. If you give me a call, the question about to come out of your mouth may be one I can answer immediately, but it’s just as likely to be one I’ve never had a chance to think about.

That’s one of the reasons I love this job!

That being said, there are some questions that tend to come up regularly about our HealthSmart program. For example:

HealthSmart was designed using the National Health Education Standards (NHES) as a guide and template. Most state standards are modeled after these guidelines. At the HealthSmart website, you can go to the pull-down menu under “Standards” and see exactly how HealthSmart aligns with NHES. 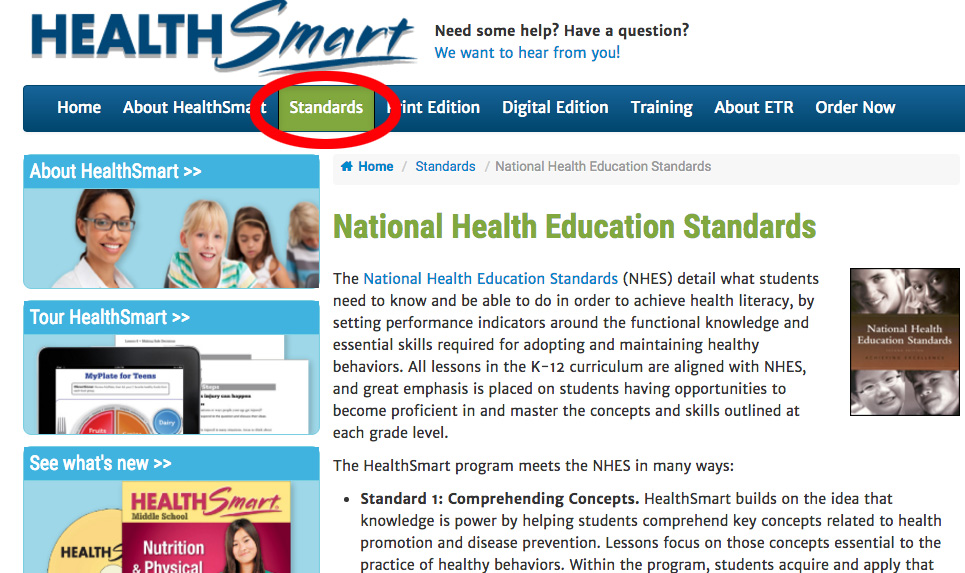 We are proud that the Health Education Curriculum Analysis Tool (HECAT) played a major role in the development of HealthSmart content. Dr. Susan Telljohann, the primary author of HealthSmart, also happened to be one of the leading health educators involved in the CDC’s development of the HECAT. Under the “Standards” menu of the HealthSmart website, you can view alignment charts for the Middle and High School programs. 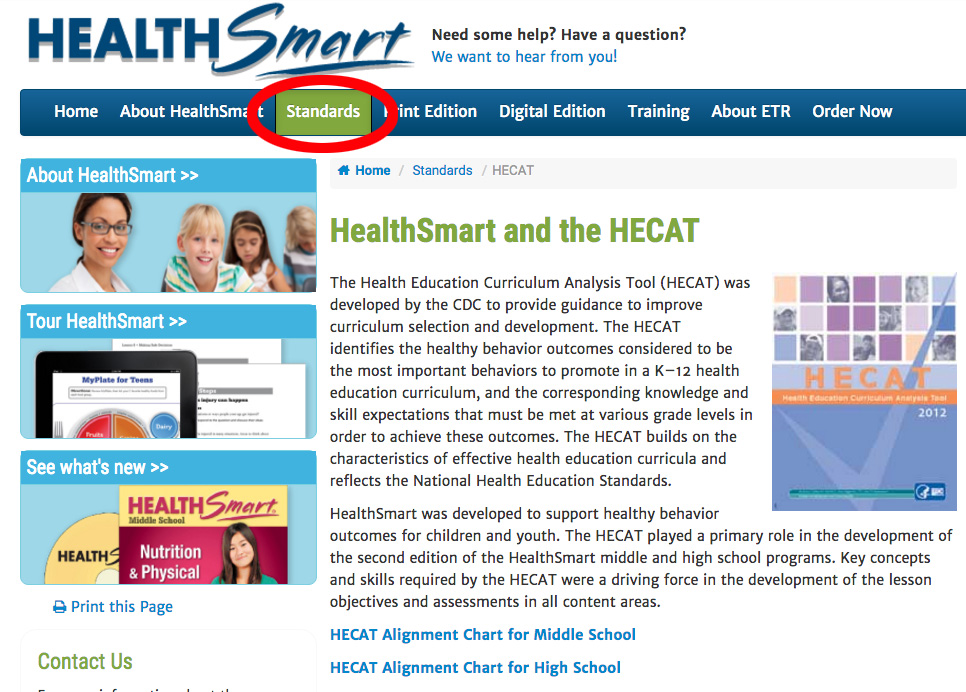 Check it out. Under the “Standards” menu of the HealthSmart website, you can see how HealthSmart K-12 aligns with National Sexuality Education Standards.

I agree wholeheartedly with Dr. Telljohann when she says, “I believe that health education is the most important subject that students can learn.” But in many school settings, the real world has not been generous with time for health education.

One of the most useful things you can find at the HealthSmart website is the Lesson Planning Tool. This simple-to-use tool, available to anyone who visits the website, asks you to identify grade level, content areas, standards you want to cover, outcome goals and number of class periods available. Then it instantly generates a complete lesson plan for a health curriculum tailored to your specific situation.

We can create immediate access for one individual or an entire review committee for the HealthSmart Digital website. We love it when people test-drive HealthSmart, because that’s the best way to see if it’s the program for your setting. And frankly, when educators do try it out, they usually choose it.

And, for Those of You Not Asking About HealthSmart…

I get calls all the time from people who’ve received funding to teach to a specific program—addressing, say, pregnancy and STD prevention. They want to talk about one of our evidence-based programs addressing sexual and reproductive health. I always like to ask about the other health issues facing their students. What are the trends they’re seeing? What does the local YRBS data reveal? What concerns do teachers, parents and students have?

It may be that one of our evidence-based programs is exactly the right fit.

But often, educators also acknowledge a certain amount of frustration about the fact that they’ve gotten support to address one critical issue facing their school community—high rates of unplanned pregnancy or chlamydia, for example—but this doesn’t address other areas of concern, such as violence or substance abuse or overweight and obesity.

This is one of the circumstances where the HealthSmart program really shines. The risk behaviors and health concepts addressed throughout the program are presented in a flexible enough manner that a school or district can use the entire program or choose just a few of the subjects. This means that HealthSmart is the perfect solution for filling in the gaps that a single-subject curricula is likely to have.

Step Right Up with Your Own Questions

Go ahead. Call us wonky. We love talking about health education! If you have your own questions, about HealthSmart or any of our products, I hope you’ll give us a call.

John Henry Ledwith is ETR’s Senior Sales Manager. He can be reached at jhl@etr.org. You can also find him on LinkedIn and follow him on Twitter @JohnHenry56