While healthy sleep is important at all ages, it’s especially vital during the vulnerable time of adolescence. The challenges adolescents face at baseline, simply through the normal process of human development, are in many cases exactly those exacerbated by poor sleep. It's possible that helping young people acheive better sleep might ameliorate a whole range of other problems and challenges.

While healthy sleep is important at all ages, it’s especially vital during the vulnerable time of adolescence. The challenges adolescents face at baseline, simply through the normal process of human development, are in many cases exactly those exacerbated by poor sleep. It's possible that helping young people acheive better sleep might ameliorate a whole range of other problems and challenges. 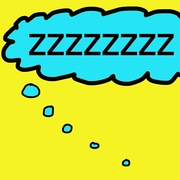 It’s almost time for bed and you get that sinking feeling in your stomach. Will it be like last night? And the night before? And the three weeks before that?

Tossing and turning all night with the sense that you didn’t sleep more than five minutes in a row? Or maybe you fell asleep just fine, but then awoke at 3 am, never to return to slumber. You’re thinking it might be time to call the doctor and refill that prescription you got last year for sleeping pills.

Sound familiar? If it does, you are not alone. An estimated 50–70 million U.S. adults have sleep disorders. This problem is particularly challenging in people with comorbid conditions, such as other psychiatric or medical problems. In addition, we find that older adults are much more likely to complain about trouble sleeping.

Poor sleep in older individuals is also a risk factor for a range of other concerns, including declining cognition, depression and greater functional impairment—that is, in the ability to do such things as socialize, perform at school, work or volunteer activities, and participate in activities of daily living such as personal hygiene, dressing and preparing meals.

Members of our research team attended the recent Sleep 2015 conference in Seattle. We were pleased to unveil initial findings of a study exploring an innovative approach to addressing sleep problems in older adults suffering from mild cognitive impairment (MCI). We found substantial improvements in both subjective and objective ratings of sleep. We also found some exciting results in the cognitive functioning data. We are enthusiastically hopeful about these results and what they may promise for the future care of this group.

A consensus group convened by NIH in 2005 identified only two treatments with sufficient evidence to support their standing as first-line treatments capable of improving the disruptive sleep experienced by insomnia sufferers. These were (1) hypnotic medications, and (2) multi-component cognitive behavioral therapy for insomnia (CBT-I). For older adults, option 2 is clearly preferred. This population already takes an average of 6 to 7 prescription medications. Adding a hypnotic to the mix can increase their risk for drug interactions or dangerous side effects, such as falls and mental confusion.

One of the treatment questions that has been unanswered to this point is whether drug-free interventions will work in older adults in residential facilities who suffer from both mild cognitive impairment and sleep disturbance. It was a question I wanted to answer. Could we take what we already know works, adapt the approach appropriately, and see positive outcomes with this population?

This question is particularly timely given the evidence that sleep problems are not only a common symptom suffered by those with increasing cognitive impairment, but may also pre-date and even contribute to that decline.

Our study included 28 participants who were randomized to either a CBT-I group or an active control group consisting of a nutrition class. The sleep intervention consisted of an hourly, 6-week class focused on the efficacious components of CBT-I. This ranged from the behavioral tools of stimulus control and sleep restriction to the more cognitive components, including strategies to manage worry.

Adaptations to the intervention included specific adjustments geared towards a group with mild cognitive impairment. We decreased the amount of content covered, increased the repetition of material and slowed the overall pace of what we covered. We set up reminders in between sessions, created larger handouts for those with visual impairments, and designed worksheets with larger writing spaces for those with deficits in fine-motor skills.

We weren’t entirely sure how interested our participants would be in this intervention, but it turned out they were highly motivated by the topic. In fact, the group was so excited about taking part in the sleep class that we had to promise those randomized to the control condition they would get the sleep class at a later date.

Several measures, such as those assessing verbal memory or attention, showed little difference between the two groups. However, the outcome measuring executive functioning (D-KEFS Color-Word Interference Test) reflected a positive improvement in the treatment group. This was an important and impressive finding. Here’s why.

Executive functioning involves several high level processes, such as planning, reasoning and problem solving. It is vitally important in our daily lives. In people with mild cognitive impairment, deficits in executive functioning, as well as in memory and language functions, are quite common.

Seeing improvement in executive function in our study participants was particularly important in light of the potential impact of these cognitive processes on our treatment intervention. Cognitive behavioral therapy relies on a certain level of cognitive processing.  For example, participants must be able to remember to practice new skills and identify challenges when trying out such skills. This is crucial to obtaining benefit from the class. The finding of improved executive function reinforces the usefulness of CBT strategies in people with MCI.

Additionally, this improvement gives us more clues about the possibility that effective sleep interventions might actually slow cognitive decline for some individuals. This is a truly exciting prospect.

For the next phase of our research, we are focused on sustainability. We’re building on these results by creating a modified class manual for lay professionals. Active senior volunteers from the community will be trained to implement the modified version of this program within residential settings.

These efforts will focus on transferability and scalability across residential care settings. In addition, future study is needed to explore more deeply the possible impact on cognitive functioning that result from CBT-I. Nonpharmacological interventions that have the potential to extend the functional window experienced by those exhibiting mild cognitive impairments are sorely needed.

We are incredibly excited about these outcomes. We are encouraged by the finding that a sleep intervention, dependent on participants’ ability to understand and implement cognitive and behavioral strategies, could “stick” in patients with mild levels of cognitive impairment. This underscores the fact that our brains are amazingly resilient and adept at achieving new levels of functioning even as we age.

These results also fire up our motivation to see this investigation replicated with larger and more diverse groups of individuals.

In addition, the cognitive finding that executive functioning was buoyed somewhat by the intervention is most intriguing. An estimated 10% of individuals suffering from MCI develop full-blown dementia each year. We would have considered our efforts a success if our intervention had aided participants in simply maintaining their current level of cognitive functioning. Exceeding that was a notable surprise.

If future studies can replicate and build on this finding, the possibilities are nothing short of amazing.

Erin Cassidy-Eagle, PhD, is Director of Research at ETR. She is also an adjunct clinical assistant professor in the Department of Psychiatry and Behavioral Sciences at Stanford University School of Medicine. Contact her at erinc@etr.org.