I’ve been working with HealthSmart, ETR’s comprehensive, K-12 health education program, since its inception. We’ve recently been traveling to different states to introduce schools, districts and DOEs to the HealthSmart program. Often we are presenting HealthSmart alongside more traditional textbook publishers.

HealthSmart is not a textbook program. In fact, it’s quite different from a textbook approach to health class. We’ve given a lot of thought to how we explain what may be a new way to think about health instruction for administrators and educators.

The Best Health Ed Curriculum for Your School? Here's Your Answer! 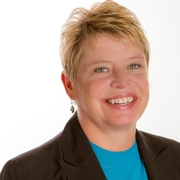 Something quite remarkable has occurred over the past two decades in the field of school health education. We’ve gotten evidence!

We’ve explored, examined, tested and refined everything we know about how to provide meaningful, effective health education in school settings. We know enough now to design and deliver programs that have a true impact.

And now we have a whole lot of programs to choose from. Evidence-based. Evidence-informed. Theory-informed. Traditional. Flipped. Innovative and exciting but unproven.

How do schools committed to program success choose the program that’s going to work best in their setting?

One of our first steps in the right direction was the development of the National Health Education Standards (NHES), initially published back in 1995. These guidelines were a huge and impressive step establishing expressly what students needed to understand and do to promote better health.

So, yes, we were on the right track. But we were missing a body of evidence about how to actually transmit the information, attitudes and skills that would protect students’ health. Our learning activities were based on things that had worked for us in the past, what we thought students would find compelling, or what we intuitively felt would work.

Enter the era of evidence-based programs (EBP). Reducing the Risk (RTR), published by ETR and now in its 5th edition, was first introduced in 1989. Originally, it focused specifically on pregnancy prevention (today it also addresses HIV and STD prevention). It applied the most current understanding of pregnancy prevention strategies, and it brought social and cognitive skills training into the educational process.

In one of the most extensive evaluations of a pregnancy prevention program done up to that time, students in 19 schools across 13 California districts said they liked the classes, found the content useful, and felt it would be easier to talk to a parent or boyfriend/girlfriend about birth control. Teachers also endorsed the curriculum content and teaching approach.

Even though this was a cutting edge effort at the time, by today’s standards these were mighty slim pickings from an evaluation. But it was the start of a movement to ask a whole batch of new questions. Did the program change attitudes? Intentions? Behaviors? Compared to what?

In the early 1990s, researchers started giving us some answers on this. For example, in an evaluation of RTR based on a randomized controlled trial, students were surveyed before the program, immediately afterward, 6 months later and 18 months later. The results included some impressive outcomes. The program significantly reduced onset of sexual intercourse among students who were not sexually active before the program. It also increased teens’ knowledge and their communication with parents about contraception and abstinence.

Researchers began evaluating other curricula on sexual and reproductive health. We began to get a lot more answers about what actually worked in classrooms and community programs. The National Campaign to Prevent Teen and Unplanned Pregnancy compiled a comprehensive list of risk and protective factors for teen pregnancy and assessed the strength of the evidence offered by different programs (see their most recent version in Emerging Answers).

Good research in other arenas of health also began to emerge. We had access to better guidance about substance abuse prevention, violence and injury prevention, nutrition and physical activity, mental health and more.

Over a period of time, health education researchers began to assemble a catalog of characteristics of effective health education curricula, based on what the research revealed. A synthesis of all the relevant literature resulted in a list of 15 Characteristics of an Effective Health Education Curriculum. The characteristics can be used as a tool to assess whether curricula have incorporated the features most likely to contribute to effective outcomes. (For a list specific to sexual and reproductive health, see here.)

The research and these tools have given us the ability answer to the other half of our question—what’s a genuinely effective way to teach this content? We’re no longer just looking for an approach that’s engaging for students or rewarding for teachers. We aim for a strategy that changes attitudes, intentions and behaviors.

The Issue with the Evidence

I love it when the field can show a program works. Research, evaluation and evidence have made a world of difference in the way we approach planning and delivery of school health education. But the very elements that make this rich, rewarding and exciting also create problems when it comes to putting that evidence to work in a real-world school setting. Here’s why.

By their nature, evidence-based programs are narrow in focus. They evaluate a particular set of students (e.g., high school boys, African-American girls, students in New York) on a specific area of behavior (healthy snacks, intention to use condoms, responding to bullying) in an intervention that typically requires a large number of classroom sessions.

Put that to work in the real world and you’ve got a set of five or six EBPs, each addressing a narrow range of behaviors, most proven in a population not quite like the one in your school. It would take over a year to complete all of those lessons. Schools cannot afford to purchase, train on and implement that many EBPs.

Individual teachers, feeling pressed to cover too much territory in limited class time, often begin to pick and choose the lessons they teach their class. The more they do this, the more likely it is that they’ll miss some of the essential content and lose fidelity to the evidence base.

Here’s the silver lining. There is a lot of repetition in the skills used in effective programs across different health topic areas. They all require things such as good communication skills, refusal skills, goal setting, enhancing personal commitment to making healthy choices, or recognizing positive peer norms. If we inform ourselves about what the evidence says, we can make well-informed choices about how to teach essential skills and what topics to link to each skill.

These are the kinds of programs that are not evaluated. Their reach is broad and it is simply impractical (and prohibitively expensive) to design and carry out effective evaluations over so many different behaviors and across multiple school years. Comprehensive programs will probably never be “evidence-based.” But this does not mean they do not actually work.

When we developed HealthSmart, for example, we worked from an evidence-informed perspective. We started out identifying a behavior we wanted to influence. We looked at evidence that told us what interventions were likely to have the greatest impact on that behavior. We looked at the National Health Education Standards and the HECAT, which told us what students needed to be able to comprehend and do to demonstrate competence regarding that behavior. We added in our own experience as classroom teachers, trainers and curriculum writers. Then we constructed classroom activities to enhance and shape healthy actions regarding this behavior.

We ended up with a comprehensive curriculum that addresses the six primary areas of risk facing children and adolescents identified by the CDC, along with mental/emotional health and personal health and wellness. We were able to interweave the general skills that contribute to good health across all of these different areas—e.g., communication, goal-setting, refusals.

One of the truly powerful things about this comprehensive approach is that none of these risk areas occurs in isolation. You can’t explore sexual and reproductive health, for example, without also touching on issues such as violence prevention, alcohol and other drug use, and mental/emotional health. Instead of the intense focus of an evidence-based curriculum, a comprehensive curriculum works more broadly with the resonance between several topics.

You Can Try This at Home

I’ll be honest with you. An evidence-informed approach can be more work for teachers, especially if they’re developing their own lessons. But it’s one of the best ways for schools to truly match student health education to student needs. The attitudes and risks of your students, and the critical areas of focus, are not likely to be the same as those of students in another state or region.

Using the NHES, the HECAT and the 15 Characteristics, along with local risk data on children and youth in your community, you can develop a program that puts the best evidence to work in a manner tailored to your school and community needs. That is an amazing possibility.

This is why we developed the HealthSmart Lesson Planning Tool. If you’ve never taken a look at this resource, you really should. Even if you don’t use HealthSmart, it can help you plan a program. It allows users to select grade levels, content areas, specific skills and desired outcomes, along with how many class periods you have for teaching health. Push a button, and voila! You’ve got a custom-designed set of lessons tailored to your specific needs.

That is not evidence based. But it is a beautiful demonstration of an evidence-informed process.

The Powers That Be Are Getting It

Evidence-based programs will continue to have a role in schools and communities. There are some situations where these are absolutely the best choices.

But recognition of the power of evidence-informed programs is growing. The CDC, for example, now allows the use of evidence-informed programs in some of their grant programs. They haven’t abandoned their commitment to research and evidence—any curriculum selected must be proven by grant applicants through a rigorous HECAT analysis. But it’s a good direction for our future.

To make an informed choice for your own school, take an evidence-based program and an evidence-informed program. Put them both through a HECAT analysis. Look at the scores side-by-side. Which strengths are most important to you? Which score best matches the needs of your students and community? You’ll probably find an answer that lets you move ahead with confidence on the choice that’s best.

We have come on an impressive journey over the past 20 years. I believe our tools will continue to be refined and strengthened. We will expand this ability to tailor programs in effective and meaningful ways. Thanks to some of the exciting trends in the technology field, we’ll soon have opportunities to consider new and innovative approaches that probably fall outside the scope of most of our current funding guidelines.

Whether we’re looking at promises for the future or practical applications in the present, these tools for planning and assessment are an incredible gift to schools, teachers and students. We can take steps right now that make our programs more effective. That translates to healthier students who grow up to be healthier adults.

So let’s hear it for the evidence! It’s always a good thing when we can make health education more effective.

Susan Telljohann, HSD, CHES, is Professor Emeritus, Department of Health Education, The University of Toledo. She is also one of the authors of HealthSmart and a nationally-recognized speaker, consultant and trainer. She can be reached at Susan.Telljohann@utoledo.edu.