This July 7, the Google Doodle honored Helen Rodriguez Trías. This evoked some lovely memories and powerful reflections for those of us who had the privilege of working with this remarkable woman. She was a leader not only in her own time (she died in 2001), but for the challenging times we are facing today.

Originally I learned of Helen because of her tireless work in women's and children’s health, first nationally, and then in the global arena. She rose to positions of leadership following a path which included being raised in both Puerto Rico and New York City. She acknowledged spending more time than usual searching for her calling. She eventually found medicine, then managed to complete medical school while raising three children. As Helen said, she liked science and she liked people. Being a doctor was a perfect fit for her.

After working as a pediatrician for years, Helen went on to work in many capacities at the policy level. She was the Medical Director of the New York State Department of Health AIDS Institute. She was Co-Director of the Pacific Institute for Public Health. She was an Associate Professor at Columbia University. She was a founding member of both the Women’s Caucus and the Hispanic Caucus of the American Public Health Association (APHA). She was the first Latina President of APHA. She was also a recipient of the Presidential Citizens Medal—the second highest citizen award in the United States—for her work as “a dedicated pediatrician, outstanding educator and dynamic leader in public health.”

Inviting Helen to Join Our Board

Back in 1995, Bill Kane was President of ETR’s Board and I was Co-Executive Director. We decided to ask Helen to join the Board. She was living in the Santa Cruz area at that point, and if we could persuade her to support this local organization, we knew she would be an exceptional member of the Board.

Frankly, the whole plan made me nervous. Helen seemed larger than life to me. I couldn’t imagine that she would say yes, given all her worldwide commitments. How could the small nonprofit that ETR was at that time seem “important” enough to warrant this woman’s time and expertise?

We set up a dinner with Helen and her husband Eddie Gonzales. I picked Bill up, and all during the drive to the restaurant we strategized and practiced what we would say. Helen was graciously giving us her time even though she had just returned from one of her international trips and was clearly exhausted.

The four of us met up on the scenic Santa Cruz Wharf. Throughout our dinner, we talked about what was happening in public health here in the U.S. and around the world. Helen shared her hopes for confronting health disparities everywhere. I was in heaven, spending an evening with this incomparable and highly-acclaimed woman, and finding her so approachable, so giving, so knowledgeable.

Bill and I did our best to wow her with all ETR stood for and was doing. I don’t remember which of us made the specific “ask” about the Board. I do remember that Helen said yes immediately, with no hesitation.

Her husband Eddie smiled and shook his head. “I don’t know where she will find the time.”

Bill and I jumped for joy. We knew what this meant for ETR. We knew we were taking a huge leap forward as a national health promotion organization. I’m not sure we realized then that Helen would also help us both take personal leaps forward in our understanding of the ways local, national and global issues mirrored each other, or guide us to new ways of thinking about strategies and solutions.

A Collaborator, a Visionary, a Woman of Passion

Helen was a supreme collaborator. I experienced this first hand. During her tenure on the Board, I had the privilege of learning from Helen’s talent for collaboration at every single meeting. Time and time again, I watched her consensus-building spirit and her strong belief that we could only move forward on an issue if we had heard all viewpoints. She believed it was possible to work in partnership even across substantial differences.

This didn’t mean, however, that Helen didn’t have her own strong and considered views and beliefs. She could and would express them forcefully and gracefully.

Many, many adjectives apply to Helen besides collaborator. She was a woman with extraordinary vision—a vision built on her decades of experience working with all kinds of people. She was a woman of passion and compassion: for children, for women, for people of color, for people with HIV, for people living in poverty. 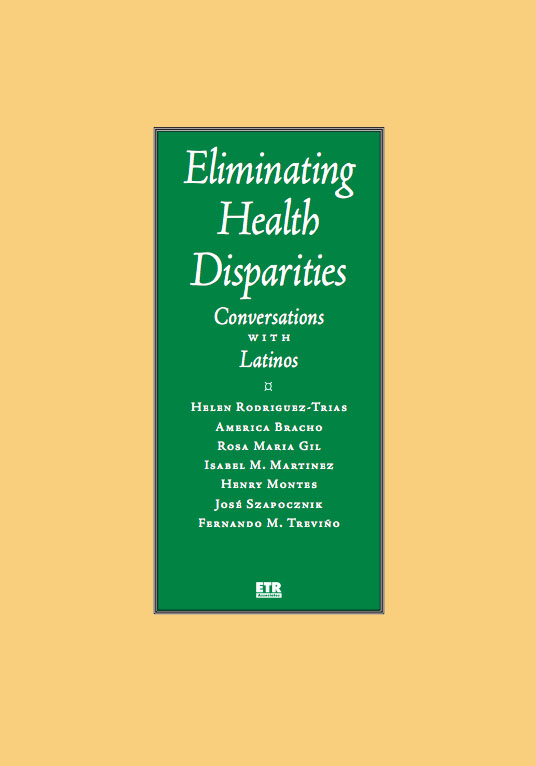 Helen was a woman ahead of her time, which is one of the reasons her words continue to speak so powerfully to us today. In an interview she gave toward the end of her life (for ETR’s monograph series Eliminating Health Disparities—she was Guest Editor for the volume on Latinos), Helen said, “The U.S. doesn’t want to accept its cultural complexity, so there isn’t a genuine effort in many places to address the different issues.” And, “No one is going to have quality of life unless we support everyone’s quality of life.”

A Solid Belief in Health Equity

I never asked Helen why she said yes to ETR. I think it was partially because she knew, had worked with and respected Bill Kane and one of our other Board members, Michael Bird. But over time, I came to believe it was also because she knew that, as an institution, ETR shared her values for how people anytime and anywhere should be treated. Everyone deserves equal access to health care. Everyone deserves accurate health information. Everyone should know that their lives and those of their families matter.

Helen would have been 89 this year. Her life’s work and her contributions to public health, especially in the realm of health disparities, remain significant in 2018. She was inspired to change things by the reality she knew. She inspires us now.

Mary Nelson, MLS, is one of the original founders of ETR, 1981; Publisher and Co-Executive Director from 1990-2008. She is currently an active volunteer with the Citizens’ Climate Lobby. She can be reached at mnelsonsc@comcast.net.