Parent Power: Get Sex Ed Out of the Closet!

Are parents resisting comprehensive sex education in our schools? They’re certainly taking the rap for this. I still wonder why this is so when the polar opposite is true—parents are far more likely to be allies and advocates.

Too often, when it comes to sex ed, we fear parents rather than embrace them. I’d like to suggest a re-frame. Parents can be powerful people when we need support for effective sex education in schools.

Read More about Parent Power: Get Sex Ed Out of the Closet! 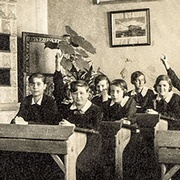 Editor’s note: I had an opportunity to talk with the daughter of a friend about some of her recent school health education experiences. Here are some of her comments.

In my elementary school, we didn’t really have health education, exactly. We didn’t have a special time to talk about what food is good for you, or how much you need to exercise. My teacher told us to drink more water. And we had a class debate about whether our cafeteria should serve chocolate milk. But near the end of the year, we did have this video we all watched about puberty.

What We Thought About It

The video was kind of gross. We saw a drawing of a boy’s private parts. My friends and I felt a little uncomfortable. I don’t know what the boys saw in their video, but they were uncomfortable too. When they came back from watching the video, some of the boys were joking around and saying, “I'm scarred for life!” They were being goofy. I’m not scarred for life!

I think it was important for us to see these videos because we need the information. For example, if a girl didn’t know about periods, and she started to have cramps, or pain, or saw blood—well, that would be totally scary! Or if she saw other body changes, like, you know, growing more hair. She might wonder what was going on, and it would be weird.

I’m not a boy, so I don’t know what kinds of changes boys go through. They probably have different things going on with their bodies that girls don’t have. I’m not totally sure. The boys didn’t really want to talk with us about it. They just talked about how gross it was and made jokes about it.

The school skipped the part of the video about sex. We’ll see that next year. So there wasn’t any discussion about babies or pregnancy. But one of the teachers told us they used to show the part of the video that talked about sex in eighth grade, and then there was an 8th grader who got pregnant before they showed the video. So now they show it in 6th or 7th grade.

What Would Make This Experience Better?

I think for some students, at least, it might’ve been better for them to see a video like this in another year or two. Maybe kids should get a chance to decide for themselves when they’re ready to see it.

I also think it might be better if we watched with our parents instead of watching with the class. If we wanted to do that, I mean. I did get to watch the video with both of my parents before we saw it as a class—the school let parents know they could do that. That was helpful for me, and maybe it would be good for other kids too. I know I can ask my parents if I have questions about anything.

I like the ways the video emphasized being with friends. It said that sometimes when kids are going through these changes, I mean puberty, they start hating their bodies. The video said if you’re feeling bad about yourself, it’s really important to have friends you can talk to and people you can have fun with. I think that’s good advice.

Looking to the Future

I’m looking forward to all kinds of things in my future. I want to meet new people and make some more friends. I want to travel and see new places.

I’m moving up to the Junior Company in ballet. That’s cool because we’ll be traveling and doing more shows. It’s exciting to be getting better at dance. I’m also getting better at playing piano and sometimes I can even pick out tunes I’ve heard in movies and stuff. I’m happy to be learning more about music. I love it.

I’m excited to see my baby cousins grow up. I can’t wait to be old enough to babysit them. I want to be able to babysit in my neighborhood too.

And I really wish we could have three dogs. We already have Nico and Ziggy, but I want a corgi. They’re the best!

Jenna will be attending middle school next year. She loves dogs, dancing, reading and being with her friends.