ConDEMO? How the Heck Did You Come Up with That? 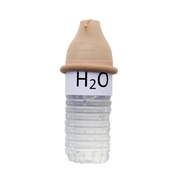 Back in the 1980’s, I worked in Los Angeles County providing sexual health education (called “family life education” at that time). Whitney Houston’s “I Wanna Dance with Somebody” and George Michael’s “I Want Your Sex” played constantly on the radio, and HIV was a new and frightening sexually transmitted infection that was drastically changing how and where sexuality education was offered.

I was working on a project funded by California’s Department of Public Health. I also led classes as a volunteer in a variety of settings. A lot of the work my colleagues and I did was based on best guesses about how to build motivation to follow safer sex practices. Evidence-based sex education programs didn’t exist yet.

Sometimes, I worked in settings that wouldn’t allow us to demonstrate how to use condoms. This was true in juvenile justice facilities that considered condoms contraband. It was an issue in Catholic high schools, where promotion of condoms was inconsistent with the tenets of the church. Some public schools feared that condom demos could be perceived as endorsing sexual activity.

No condoms allowed? Okay. I’d go into my sock drawer and grab a pair of nylon knee highs. I’d roll up each knee high to look like a meshy, oversized condom and bring them into the classroom for simulated condom demonstrations. I was pleased I’d found a simple way to provide condom education to all, despite some of the strict site limitations.

Now We Have Evidence

Today, I listen to music on my mobile device (Bruno Mar’s “That’s What I Like,” anyone?) and my work has the benefit of years of published research on what works to reduce adolescent sexual risk-taking behavior. A whole slew of evidence-based sexual health education programs is available. Many of these include activities where educators provide condom demonstrations, then youth practice effective condom use on an educational model. Adaptation guidance affirms that condom demonstrations and youth condom practice are necessary components and should not be eliminated during implementation of the programs.

Unfortunately, some sites still do not allow condoms in the classroom. This means that many well-supported evidence-based programs are not able to be used in these settings—or that they are being presented with poor fidelity (e.g., skipping the condom demo), making them less likely to be effective.

The ConDEMO Concept Is Born

Nowadays I work for dfusion, a company that uses technology and innovation to support science-based behavior change and learning. Our staff set out to create a condom alternative that could be used for simulated condom demonstrations and practice activities—the condom demo without the condom. Building on my experience with the knee highs, the team began talking to educators and evidence-based intervention developers. Would something like this work in their programs? Would educators like it? Would youth?

We knew the product had to be packaged in a way that could simulate every step of effective condom use. In a discussion with Dr. Loretta Jemmott, one of the nation’s foremost researchers in evidence-based prevention programs for youth, we decided it needed to be in a package that genuinely resembled a condom package. That included having an expiration date and the pressed, textured edge that real condom packages have.

It took us awhile to come up with the product’s name. We wanted a name that would resonate with all kinds of folks. It needed to be related to condoms in some way, but without sending any kind of message that the device could actually be used as a condom. We decided to ask for help from other creative minds on our team—educators, writers, tech developers, and some teens, too. Once the name ConDEMO was suggested, we knew that was it!

The ConDEMO has successfully travelled the wild road from concept to real-world product. We built and tested our prototypes, made improvements, and set up our production process. Organizations can now purchase ConDEMOs for demonstrations and student practice. We’ve got a fun little video that shows how they can be used (ordering information is also on that page—dfusion is distributing ConDEMOs through ETR).

People are excited to see ConDEMOs available. Educators and youth have told us they love the concept. In fact, even in settings where real condoms can be used, some educators appreciate the larger size of the ConDEMO because it makes the demonstration easier to see across an entire classroom. Parents also cheer ConDEMOs. We’ve heard from some parents that showing their young teens condoms feels like giving them permission to have sex. The ConDEMO provides a more comfortable alternative for talking with their teens about protection, without the perception that they are giving their children permission to have sex.

We are thrilled with the reception that ConDEMOs have received from educators, youth, parents and sexual health researchers. We are happy that dfusion designed a product that can be used in conjunction with evidence-based programs (and any type of sexual health education) in a way that effectively provides meaningful education to all. If you have a chance to try ConDEMOs out, let us know what you think!

Regina Firpo-Triplett, MPH, CNC, MCHES, is a long-time sexual health educator and trainer, and is currently Chief Executive Officer at dfusion. She can be reached at regina.firpo@dfusioninc.com.