Our nation has been engaged in a vital dialogue over the past couple of weeks about sexual violence. The so-called “Stanford rape case” has people talking about risk, responsibility and consequences. It has also shined a light on some of the particular issues related to sexual violence on college campuses.

This seemed like a good moment to take a look at some past posts from the ETR blog addressing the prevention of sexual violence. 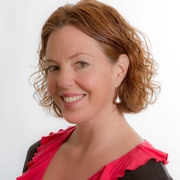 “Everything is about sex except sex. Sex is about power.”

Note: Gina Lepore is lead author on ETR’s recently released supplement, Teaching Affirmative Consent: Practical Guidelines to Increase Student Understanding. This post is adapted from background material for educators that will be included in the new supplement.

Starting to Close Some Loopholes

In the past, the outcomes of legal cases involving sexual assault or rape often turned on loopholes where a person charged with rape could be found innocent if the person claiming rape failed to utter a clear, unequivocal No.

This might be so even if the claimant had passed out and could not speak. Or was too incoherent from substance use (voluntary or forced) to say No. Or too frightened. Or too confused or unsure of what they wanted in the first place. Or raised in a culture where saying No is not acceptable, especially for women. Or afraid of hurting the other person’s feelings, or of risking violence if expressing a No.

More recently, legislation has been introduced in some states with the intent of closing these loopholes. Sexual assault prevention policies at institutions of higher education have also expanded to include language on affirmative consent. These changes have catalyzed a shift in norms about sexual consent, particularly on college campuses. Increasingly, active consent given by both parties must occur regardless of the gender, personal history or current relationship of those involved.

Many young people today would challenge the notion that the conventional gender roles mentioned above—sexual asserter, sexual gatekeeper—still apply. Among their peers, it is often quite acceptable for females to initiate sex, and for males to decline. Increased acceptance and representation of LGBTQ individuals and experiences have also revised conventional norms. This has allowed for an understanding of sexual dynamics that is less constrained by gender roles, gender binaries or sexual orientation.

Yet it is also true that girls are often still shamed for being sexually assertive. Boys are often still encouraged to initiate sex, even if it’s not what they really want to do. Further, we continue to hear of girls who are sexually assaulted and blamed, and boys who assault and are absolved.

We must relieve young men of the pressure to view sex as a means to establish masculinity or dominance. Within such a framework, boys are more likely to view sexual partners as objects, not whole people. Their confidence and self-concept may be influenced by their ability to have sex, even if that's not what they want.

Both young men and young women must be given the agency to freely say Yes or No to sex without being concerned about their reputation or their ability to keep a partner. When we require that girls be gatekeepers instead of active participants, they are likely to view sex as something to deny or endure. How, then, can they see sex as something to honor, enjoy and participate in as they choose?

This is especially important because the gatekeeper role ascribed to females promotes the notion that girls say No not because they mean it, but because they’re “supposed” to; or that No actually means Yes; or that girls expect boys to keep pressuring them. This is one of the factors contributing to the myth that false accusations of rape are common.

When we endorse these historic norms, explicitly or implicitly, we set our youth up for sexual and emotional failure as they are just starting on their journeys as sexual beings. What if, instead, we encourage youth to employ authenticity and personal agency to guide their sexual choices? What if we discourage them from judging others’ sexual choices? This has the potential to create a generation that has more genuine, consensual and fulfilling relationships.

Who Commits Assaults and Rapes?

Exactly who perpetrates rape and sexual assault? Conflicting theories about this make it challenging to know where to focus prevention messages and interventions.

One longstanding theory is that a very small percentage of males (perhaps 6%) commit a substantial majority of rapes. These are severe repeat offenders.

Another theory looks at a more complex possibility. There is data that suggests that some rapists are indeed severe repeat offenders. Others might rape once or twice. There is, additionally, a group that doesn’t realize that their approach to sex is harmful, non-consensual and assaultive, and that what they are doing is, in fact, rape (see here and here).

It is also true that some females sexually assault and rape. However, the rates of perpetration by males vastly overshadow those by females (see here and here).

Whichever theory one prefers, one conclusion from the available data is that many young people do understand the concept of consent in sexual interactions. Many already ascribe to the norm that “No” means No and “Yes” is the only thing that means Yes. In all or most of their sexual encounters, these are the principles they put into practice.

This is one of the reasons I think it is important to reach all youth to address misperception of norms about consent. We need to do this early. Much earlier than college, which is where most of the Affirmative Consent messaging is currently delivered, if it’s being given at all. Building this understanding will be helpful for young people who are at risk to commit assault as well as those who are unlikely ever to do so. It will also support those who might be harmed by the assaultive behavior of others. Here’s why:

How can such clarifications and distinctions can be negotiated between two people? Communication. And because in sexual encounters it is easy for people to misunderstand each other, more communication is better than less.

Encouraging a shift in our conceptualization of consent and how to communicate about it underscores this undeniable truth: people are better off when both partners involved in sexual activity are engaging with a resounding YES! Why would we want anything different, especially for our youth?

Gina Lepore, MEd, is a human sexuality educator and a Research Associate at ETR. You can reach her at ginal@etr.org or find her at LinkedIn.