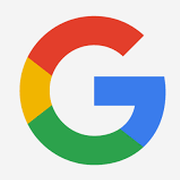 November 15, 2016 – ETR researchers Louise Ann Lyon and Jill Denner have completed a study commissioned by Google on the barriers and supports for community college students pursuing a computer science (CS) degree at a four-year institution.

We need more students in CS, especially those from underrepresented groups, to fulfill the increasing demand for computer scientists. Most efforts to address this need are focused on the pathway from high school to a CS degree at a four-year university. Much less is known about the path through community colleges. Community colleges enroll over 10 million students in the U.S. and tend to be more racially and ethnically diverse than most universities.

In collaboration with Sepi Hejazi Moghadam of Google, Lyon and Denner conducted the study and co-wrote Student Perspectives of the Community College Pathway to Computer Science Bachelor's Degrees. Their study explores students' paths through community colleges and reports on their barriers and supports.

Students reported barriers such as confusing information about course sequence and prerequisites, family obligations, and limited understanding of how CS is applied in professional settings. Students shared that their supports included financial aid, supportive teachers and counselors, and internships. More details about these results, including recommendations for colleges, can be found in the full report.

This report complements A Longitudinal Analysis of Community College Pathways to Computer Science Bachelor's Degrees authored by Shanna Jaggars, John Fink and Jeffrey Fletcher of the Community College Research Center (CCRC), Teachers College, Columbia University, in collaboration with the National Student Clearinghouse Research Center (NSC). This research found that students who are successful tend to be from higher socioeconomic backgrounds, are more likely to grow up near a technology hub and had supports at both the community college and four-year institution that helped them transfer more quickly.

Today Google is releasing both research reports, each of which includes a series of recommendations on how to tap into the diverse pool of students that community colleges already reach.

Learn more about ETR’s work in increasing diversity in IT >>